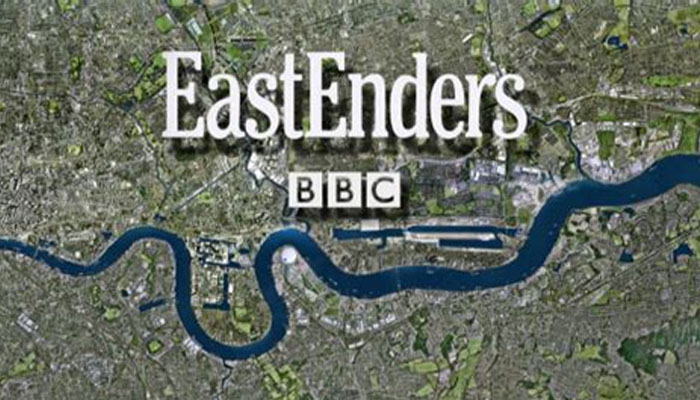 Award-winning soap EastEnders has remained among the top-rated UK television programmes since it was first launched in 1985, winning a multitude of awards and tackling many hard-hitting and controversial issues during its 33 years on air.

Creators Tony Holland and Julia Smith set the action in the fictional location of Albert Square, Walford, in London’s East End. Among the many awards EastEnders has won over the years are the Inside Soap Award for Best Soap every year from 1997 to 2012, nine BAFTAs and 13 TV Quick and TV Choice Awards for Best Soap.

EastEnders was BBC1’s most watched show on 1st January 2018, when 6.6 million viewers tuned in, according to the Broadcasters’ Audience Research Board. It was revealed to be the most watched television programme of the year in 2015. Originally, there were two 30-minute episodes per week, but the show is now broadcast four times a week.

Although there have been many characters over the years, few have been in the programme from the start. Ian Beale, (played by Adam Woodyatt, 49), has literally grown up on the square. He has appeared continuously since the first episode on 19th February 1985, when he was market trader Pete Beal’s teenage son. His character has now been married five times! 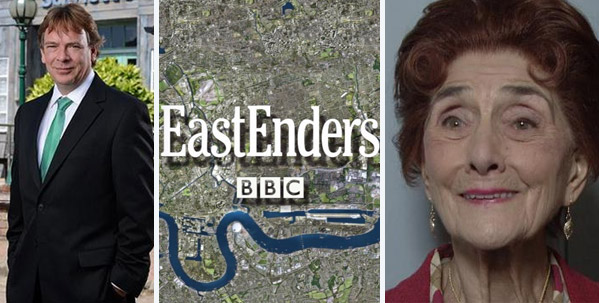 Another character who has been there from the start is Dot Cotton, played by June Brown MBE – now aged 90. She is known for being a Christian and for chain smoking, gossiping, kindness to those in need and for being the legendary manager of Walford launderette.

The launderette on Bridge Street has become a well-known set in its own right, containing six washing machines, two tumble dryers and one spin dryer. Many a time, Dot has been heard to mention the owner of the launderette, Apostulous Papadopolous, although she has always called him Mr Papadopolous.

The launderette has been the location of many of Dot’s scenes throughout the history of EastEnders, as she has worked there for almost her entire time in the soap. She worked alongside Pauling Fowler from 1985 to 2006.

As the owner was rarely present, the day-to-day running of the launderette and the working relationships of the staff hinged on the friendship of the women who worked there. Dot and Pauline were frequently seen gossiping, reminiscing about the past and sharing their troubles in the launderette.

Working there has been a rocky road for Dot, who was handed her notice on 12th December 2016 – the launderette is set to become a dry cleaner’s instead. She is interviewed for her own job, but struggles with the technical side of working there, although says she’s a “people person”. However, to her dismay, she is told she won’t be kept on after the launderette is refurbished.

The launderette closed on Christmas Eve 2016, when Dot walked away for the final time in a poignant scene. However, a new storyline announced in December 2017 said it would be reopening in 2018 with new character, Karen Taylor, (played by Lorraine Stanley) stepping into Dot’s shoes.

Dot had gone away to recuperate following a fall in October 2017 but returned to the Square in January 2018 and saw that the launderette had reopened. She recalled all her memories of working there and gave Karen a helping hand in one of the first episodes of the new year.

Fans are now wondering whether Dot’s long association with the launderette will continue, as most would like to see her back in her rightful place. Only time will tell.

Bartlett stocks a range of top-quality laundry appliances, including many top brands. Please contact us to find out more about our products and services, which are second to none.