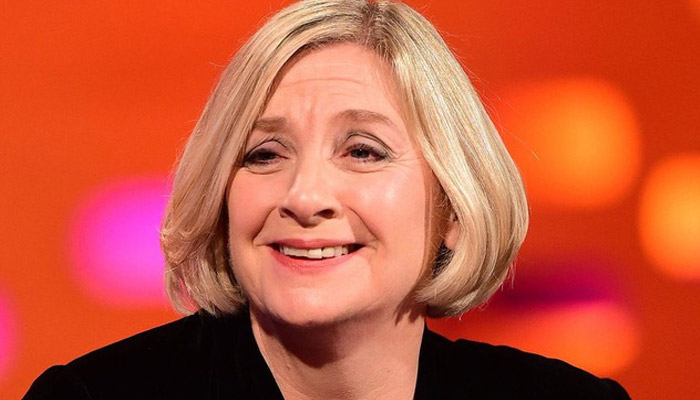 The evergreen BBC comedy, Dinnerladies, is celebrating its 20th anniversary this year – and the humour remains as sharp today as it did when it was first broadcast in 1998. As well as re-runs of the series on Gold, BBC bosses have revealed a new documentary is in the pipeline.

It will be based on writer Victoria Wood’s personal diary that she kept while Dinnerladies was being filmed. The content has never been revealed publicly before and the announcement has led to excitement among fans of the late writer, comedian, singer and actress, who died, aged 62, of cancer in April 2016.

Wood had written, co-produced and starred in Dinnerladies from 1998 to 2000, creating a cast of ordinary and often downtrodden characters, who worked in a canteen and whose rich dialogue endeared them to viewers.

She had written a diary while playing the role of the Manchester canteen manager, Brenda Furlong. BBC bosses announced last September that they were to film a three-part series, called Dinnerladies Diaries, based on Wood’s notebooks.

Wood’s rise to fame began in the 1980s with her TV sketches, including her renowned mini-sitcom set in Acorn Antiques, which was broadcast from 1985 to 1987. It parodied clichéd soap operas, with the writer starring alongside her long-time comedy partner, Julie Walters. Wood played the antiques shop co-owner Miss Berta and Walters played the elderly tea lady, Mrs Overall.

Wood won a BAFTA award for Best Actress for her 2006 made-for-TV film, ‘Housewife, 49’. Based on the diaries of housewife Nella Last -which she had written during World War II – the diaries were published under the title, ‘Nella Last’s War: A Mother’s Diary, 1939-45’, in 1981.

They followed the ordinary day-to-day experiences of a housewife in Cumbria, northern England, during the war. Wood wrote the screenplay for the film and also starred as Last. The Best Actress award was one of five BAFTAs won by Wood, who was also presented with the BAFTA Fellowship in 2014 and a CBE in the Queen’s Birthday Honours of 2008. 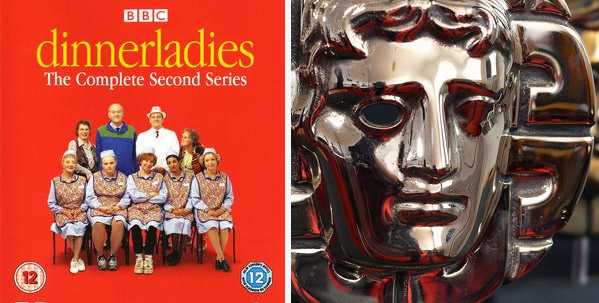 Dinnerladies was perhaps Wood’s most famous and endearing sitcom, with the canteen being a backdrop for the characters’ relationships, dilemmas and personal tragedies. Her character, affectionately known as ‘Bren’, solved all her workmates’ problems but she struggled to overcome her own.

As a gentle comedy, with the characters trying to deal with their woes in a dignified manner, its humour often had a poignant touch that further endeared them to the viewers.

One of the main, ongoing plots was Bren’s strained relationship with her wacky mother, Petula. Julie Walters starred as Petula, who placed Bren in foster care as a child. Petula claims to mingle with the rich and famous, but it transpires she lives in a caravan and seems to visit her daughter only when she wants to borrow some money!

During the series, Bren’s feelings for the manager Tony (played by Andrew Dunn) come to the forefront, but it takes them some time to get together, as despite being witty, Tony is a shy man and doesn’t reveal his feelings easily. At the end of the final series, they move to Scotland together, so it’s a happy ending for Bren.

The other characters included Dolly (played by former Coronation Street star Thelma Barlow) who was a bit of a social climber and disliked risqué behaviour and bad language. Another ex-Coronation Street star, Shobna Gulati, played nice but dim Anita, who longs to settle down and have a family. Events take a turn for the worse when she finds out she’s pregnant. On giving birth, Anita dumps the baby on Bren and leaves a note asking her to care of him, before she runs away.

The series was made special, thanks to Wood’s intuitive and poignant dialogue, which elevated Dinnerladies to a higher level than the traditional sitcoms of the era. Subsequently, it won the Best Comedy title at the 2000 British Comedy Awards.

Featuring interviews with cast members and never seen before backstage photographs, the new three-part documentary series, Dinnerladies Diaries, is to be broadcast on the Gold TV channel.

Wood was a British comedy treasure.

Bartlett stocks a large range of high-quality catering equipment, including many top brands. Please contact us for more information.